Preview Mode Links will not work in preview mode

Mark A. Turnipseed, Author, Model, Fitness Coach, LGBTQ columnist & Addiction Recovery Advocate joins us for a full hour on Talk Recovery Radio. Mark A. Turnipseed offers hope for anyone who struggles with the shame and self-hatred that fuels addictions. 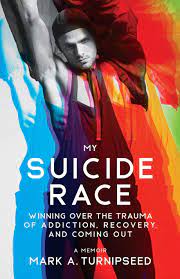 At the tender age of six, Mark A. Turnipseed received what he felt was a clear and devastating message: it isn’t okay to like other boys, and if you do, you’re bound for hell. His confusion and self-hatred made him determined to become the boy he believed he was supposed to be, but in attempting to live a lie, he descended into a hell of his own making.

​In this unflinchingly honest debut memoir, Mark takes us on a harrowing journey as he bounces off the restrictive walls of his closet and plunges into the darkness of drug and alcohol addiction, prostitution, and suicide attempts. He bravely lets us inside the raw, tragic mind of an addict and sexual trauma survivor whose self-denial threatens to destroy him and everyone who loves him.

​After surviving numerous relapses, Mark finally finds a surprising key to saving his own life. While training for a triathlon, he embraces a fresh commitment to sober strategies that lead to good health, self-acceptance, and authenticity—offering hope for all who struggle with the shame and self-hatred that fuel addictions.

​While showing that recovery is possible even for those who struggle for years to reach sobriety, My Suicide Race also unveils the often-unseen links between addiction, suicidal ideation, and the trauma of coming out. 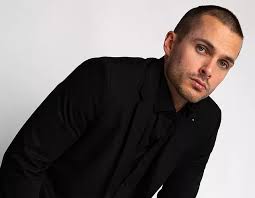 Fitness coach and LGBTQ addiction recovery advocate Mark A. Turnipseed is the author of My Suicide Race: Winning Over the Trauma of Addiction, Recovery, and Coming Out.

​After surviving numerous relapses connected to addictions, Mark A. Turnipseed found a surprising key to saving his own life. While training for a triathlon, he discovered a way to embrace a fresh commitment to sober health. Offering hope for all who struggle with the shame and self-hatred that fuel addictions, Mark shines a new light on the often-unseen links between addiction, suicide attempts, and the trauma of coming out

Live from Vancouver's Infamous Downtown Eastside, a block away from North America's first safe injection site. Join us live every Thursday for Talk Recovery Radio 100.5 FM. We bring addiction and recovery issues to the airways every Thursday on Vancouver Co-op Radio.