Preview Mode Links will not work in preview mode

This Week on Talk Recovery Radio

Did you know that Recovery Day in Canada started in BC?

Though Recovery Day events are now held all across the country, the first Recovery Day in Canada took place in Vancouver. Realizing that the US recognizes the month of September as “Recovery Month” and that Canada had no equivalent at that time, it was time to bring the recovery movement to Canada!

It all started in July of 2012 when the team at Orchard Recovery Center was researching films for their upcoming recovery themed filmed festival. Executive Director Lorinda Strang and her then Communications Director Anne Marie McCullough became aware that the US Government recognizes September as “Recovery Month” however, they found that Canada had nothing like that.

They decided to start planning a local and public celebration of recovery.  Putting together a team with history in Canadian Recovery was key to strengthening the movement – so the Orchard partnered with David Berner and Chuck Doucette of the Drug Prevention Network of Canada and Giuseppe Ganci of the Last Door Recovery Society.  They obtained a permit for the event and David Berner wrote the proclamation that was officially issued by the mayor. This inspirational document signed by Mayor Gregor Robertson officially recognized September 30th, 2012 as Recovery Day in Vancouver.

The day evolved into an afternoon celebration including the proclamation being read by City Councilor Geoff Meggs with a rally and march on the steps of the Vancouver Art Gallery.

In May 2013, it was announced that 12 cities across Canada would be hosting Recovery Day events throughout the month of September. 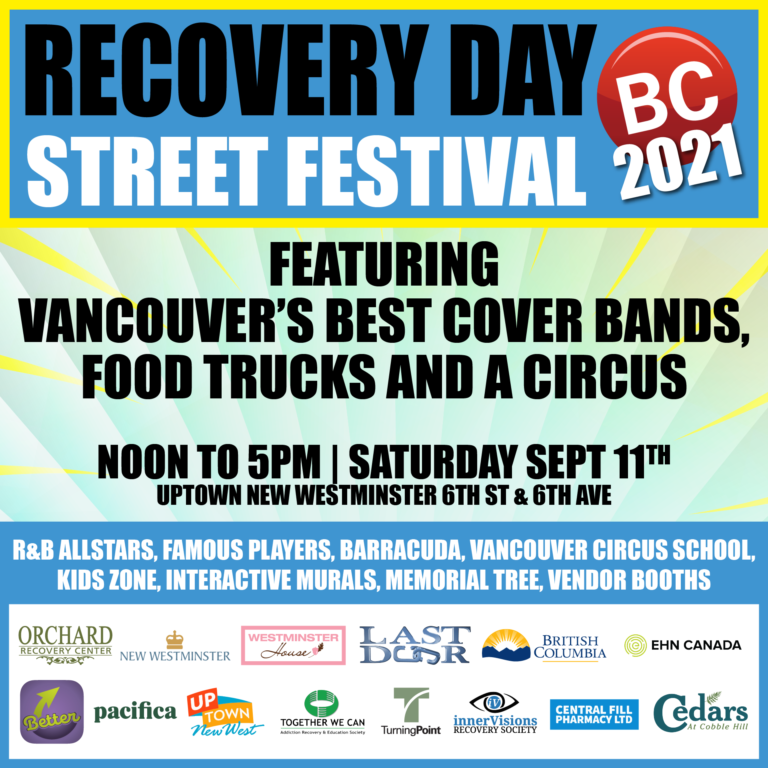 Live from Vancouver's Infamous Downtown Eastside, a block away from North America's first safe injection site. Join us live every Thursday for Talk Recovery Radio 100.5 FM. We bring addiction and recovery issues to the airways every Thursday on Vancouver Co-op Radio.